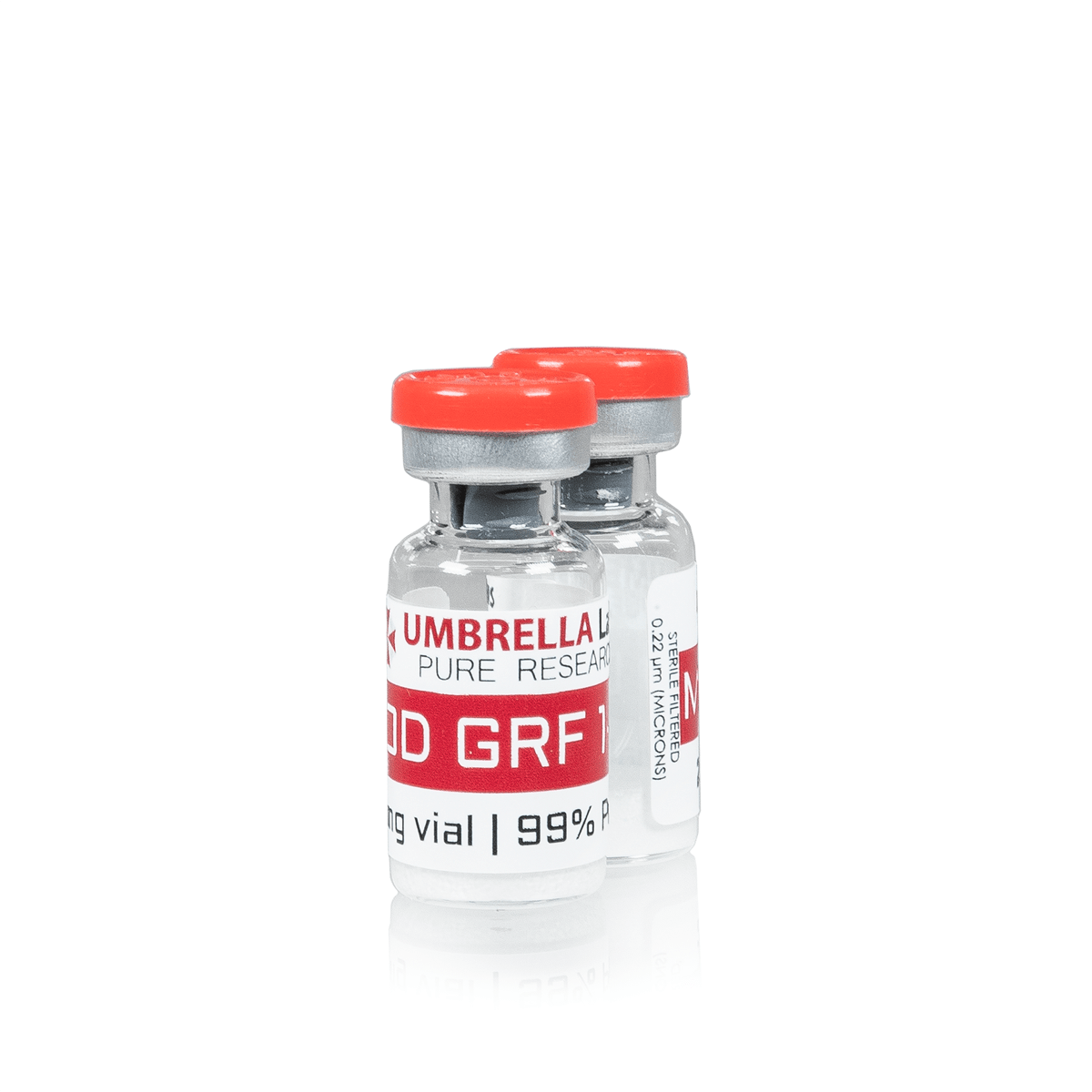 Mod GRF 1-29 represents a compromise between the rapid half-life of body-produced GHRH and long-lasting but non-physiological half-lives of GH secretagogues like MK-677 or CJC 1295. Moreover, Mod GRF 1-29 is compatible with nasal spray administration for those who want to avoid injections. 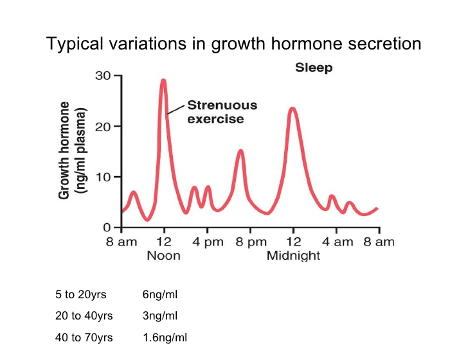 One of the most successful long-term strategies for increasing average GH levels without losing the natural pulsatile levels is to use a GH secretagogue with a half-life that is more in line with physiological time in the above graph.

GHRH [GH-releasing factor (GRF)] is a 44-amino-acid peptide, with full biological activity residing in its first 29 amino acids. GHRH is necessary for normal pulsatile GH secretion (ie. wave-like) and is also required to achieve optimal height growth. Because of its various effects, GHRH represents an alternative to GH therapy in patients with an intact pituitary that would minimize the side effects associated with long-term GH administration.

Because the quantity of GH release induced by GHRH will be limited by the downstream IGF-I levels, which exert a negative feedback effect, the risk of unwanted adverse effects associated with excessive GH is lower than with GH therapy. In addition, treatment with GHRH results in the secretion of the whole family of GH peptides normally secreted by the pituitary, not just the 22-kDa form provided by recombinant human GH, which may have additional unrecognized beneficial effects that have yet to be fully elucidated.

However, the half-life of GHRH after injection is merely 10–12 min and this short time period represents the major limitation for its use as a therapeutic agent [1]. In contrast the half-life of Mod GRF 1-29 is 30 minutes, which is three times longer than GHRH, yet much more physiological-relevant compared to other secretagogues like MK-677. The issue with half-lives that extend for too long is that can over-stimulate the ghrelin receptors in the brain and could lead to some harmful mental side effects (ie. stress-induced vulnerability) [2].

What are the main effects of Mod GRF 1-29

Mod GRF 1-29 is a GHRH receptor agonist that has four amino acid substitutions in GHRH(1-29) to enhance activity and render it more resistant to degradation by proteolytic enzymes. The main physiological outcomes of daily injection of Mod GRF 1-29 (often done between 6:00-8:00 PM to provide a more effective GH spike at 1:00 AM) are the following:

What are the other benefits aside from muscle growth?

A clinical study conducted at the University of Lübeck in Germany demonstrated that nasal spray administration of a GHRH receptor agonist 30 min before bedtime increased rapid-eye movement (REM) sleep and slow wave sleep (SWS), essential to both muscle growth and memory consolidation[3].