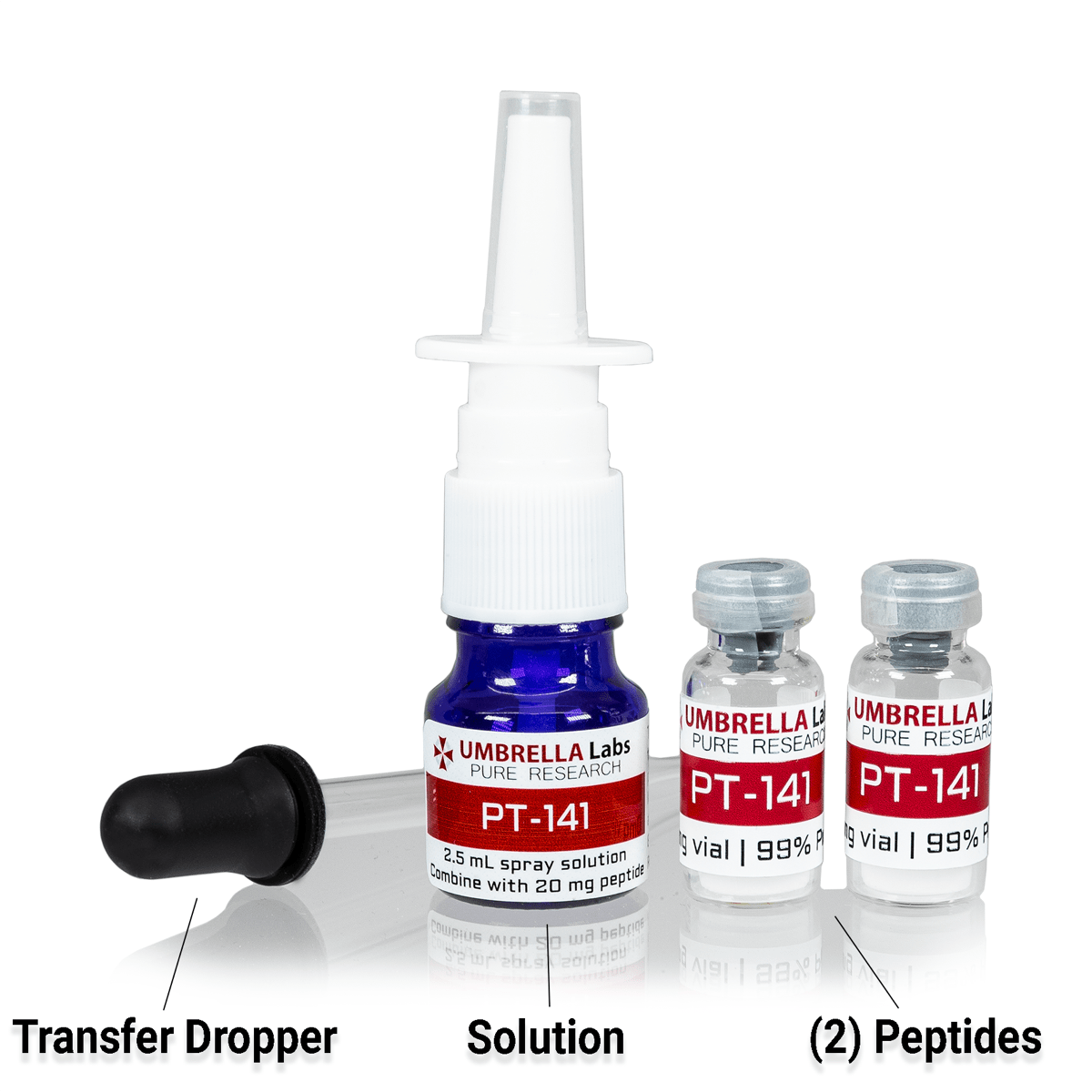 PT-141, also known as Bremelanotide, is a research peptide that has shown promise in scientific studies, on animal test subjects, to regulate blood flow restriction, inflammation, and helping improve sexual dysfunction. PT-141 was developed from the Melanotan 2 Peptide, which underwent studies in a laboratory setting as a sunless tanning agent. It is from this scientific testing that the potential benefits of PT-141 were discovered.

According to scientific studies performed on animal test subjects, PT-141 works by activating the melanocortin receptors MC3-R and MC4-R in the central nervous system. It is through this chemical interaction that allows PT-141 to regulate brain transmissions that are sent to the parts of the central nervous system related to inflammation, blood flow restriction, and sexual function.

Even though there has been an extensive amount of research conducted on PT-141, it must be stressed that all of the research done has been conducted within the confines of scientific studies based on animal test subjects exclusively. Said research has also been conducted in a strictly controlled environment, such as a laboratory or medical facility.

According to numerous preclinical and clinical studies, PT-141 is effective at promoting erections in both experimental animals and humans. Its administration to both normal subjects and patients with erectile dysfunction shows the drug to be well tolerated. The administration of PT‐141 was not associated with significant cardiovascular liabilities. A significant dose‐dependent increase in the duration and extent of penile rigidity, and tumescence (ie. engorged) was observed in both normal volunteers and in patients with erectile dysfunction.

The effect of PT‐141 in patients with mild/moderate erectile dysfunction has been evaluated in the following way:

PT-141 can be dissolved in bacteriostatic water.


*The information herein is for educational and informational purposes only. THIS PRODUCT IS FOR RESEARCH USE ONLY. For use in animal studies, all research must be conducted with oversight from the appropriate Institutional Animal Care and Use Committee (IACUC) following the guidelines of the Animal Welfare Act (AWA).