YK-11 SARM is sold for laboratory research use only. Terms of sale apply. Not for human consumption, nor medical, veterinary, or household uses. Please familiarize yourself with our Terms & Conditions prior to ordering. 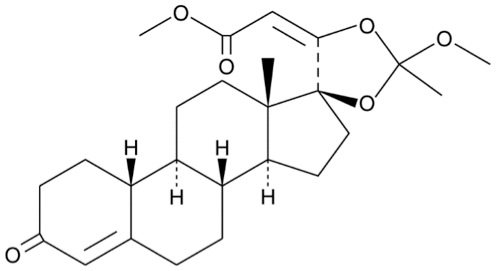 YK-11 (also known as myostine) is a selective android receptor modulator that has been clinically proven to partially activate the android receptor, as well as act as a myostatin inhibitor.

By giving groups of mice two different doses of YK-11 for ten days through their food (oral administration, 350mg/kg and 700 mg/kg), they found that there were significant differences in how these groups reacted to a peritoneal injection of e.coli.

Researchers noted that YK-11 inhibited the action of the myostatin, a hormone that stops muscle growth in mammals (https://www.sciencedirect.com/topics/neuroscience/myostatin)

Not only did mice receiving the YK-11 retain their body mass through the disease process, but they also were noted to have a favorable fat to muscle ratio, meaning less fat and more lean tissue than their non-dosed counterparts.

Researchers also discovered that treated mice were able to recover muscle mass lost in the back and thighs, after being exposed to the systemic E. coli. Muscle cells also resisted atrophy when compared to the control group.

In addition to the impact on the muscles of these mice, there were implications for the immune response to gram-negative bacteria as well. YK-11 decreased the negative side effects of bacterial disease in the body including a decrease in the endotoxin excreted by the bacteria, and a decrease in the lungs of inflammatory cytokines.

Biomarkers indicating organ damage were also significantly decreased, including markers in the liver and kidneys (AST, ALT, and BUN). Usage of YK11 also improved the clearance of the deadly bacteria from the mice’s organs.  (https://www.sciencedirect.com/science/article/pii/S0006291X21000668?via%3Dihub_

It is also interesting to note that researchers also examined the survivability rate from sepsis, and mice treated with YK-11 were more likely to survive to the 72-hour mark than those not treated with YK-11, and treated mice had little to no evidence of bacterial colonization in their major organs.

Our compounds are available in powdered, poly-cell, and standard polyethylene glycol formulations.  We employ an FDA-approved amphiphilic copolymer + coconut MCT oil to form polymeric micelles that enhance the bioavailability of select SARMs.

Furthermore, our nano-emulsification process ensures minimum polymeric micelle size and variance. Most importantly, our Poly-Cell Formula TM is optimized for sublingual absorption with a minimal taste profile. This stands in contrast to PEG, which is often intolerable for sublingual delivery due to its very unpleasant taste, leading to poor compliance among research participants. 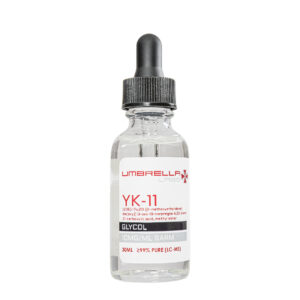 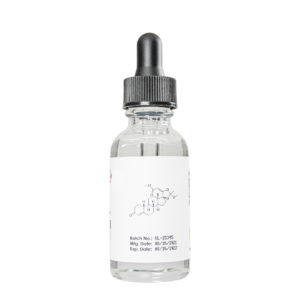 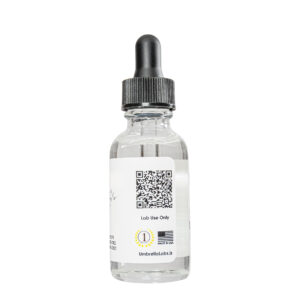 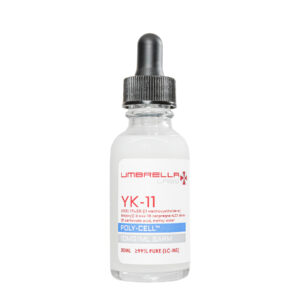 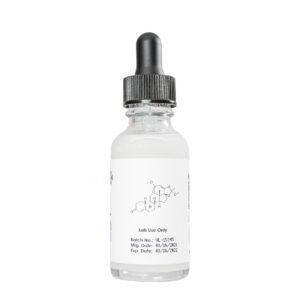 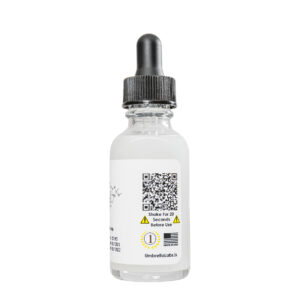 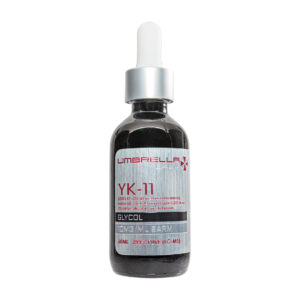 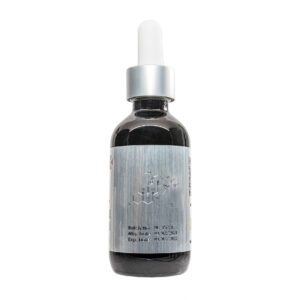 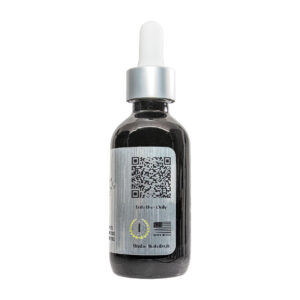 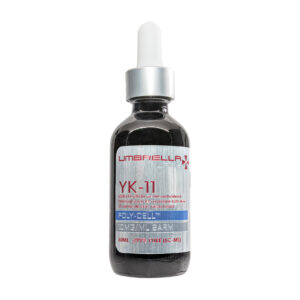 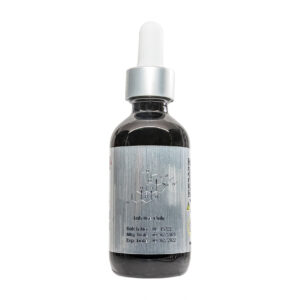 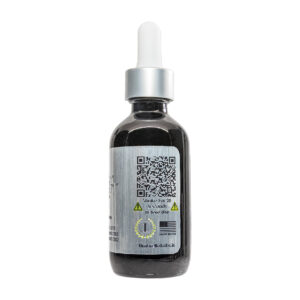 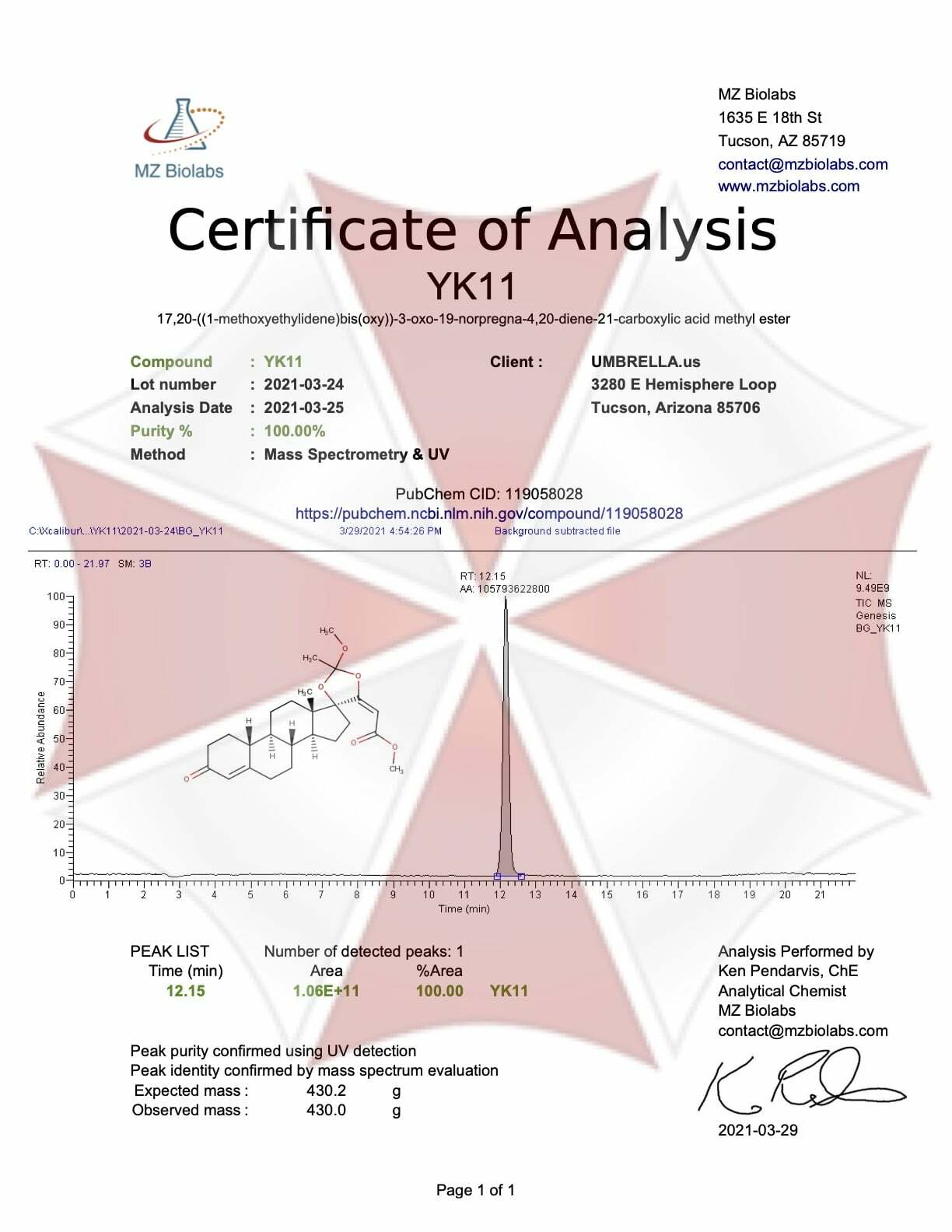